I’m sitting here ignoring all my DMs* I was thinking about writing a blog on anxiety and avoidance and why I don’t answer my FB page’s Messenger.

But as I was posting my regular Basic Bitch™️ Snapchat of my coffee and laptop I was reminded that I somehow became friends with an unlikely person.

Back in “A” school at NTC Great Lakes, young and dumb Fireman Bautista found herself in a relationship (kind of?) with and equally young and dumb Electronics Technician.

Seeing as how Great Lakes Relationships aren’t built to last, I got orders to my first ship and he stayed behind to finish his bazillion more hours of schooling.

We tried to make it work long distance but since I was responding less quickly (being underway, training cycle, cleaning bilges until past midnight, etc.) he actually just stopped responding to me at all.

Ghosting, also known as simmering or icing, is a colloquial term which describes the practice of ending all communication and contact with another person without any apparent warning or justification and subsequently ignoring any attempts to reach out or communication made by said person.[1][2][3] The term originated in the early 2000s, typically referring to dating and romantic relationships. In the following decade, media reported a rise in ghosting, which has been attributed to the increasing use of social media and online dating apps.

To give you a timeframe, this was in 2010 and, to my knowledge, ghosting wasn’t “a thing” yet.
I’d never heard of it.
I just know that shit hurted. 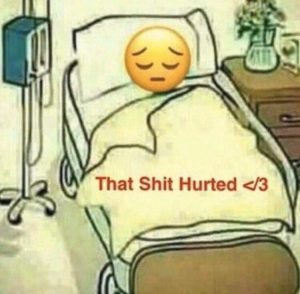 As a technology-resistant nerd, in 2010 I was still using a flip phone and dating apps weren’t really as popular as they are now. 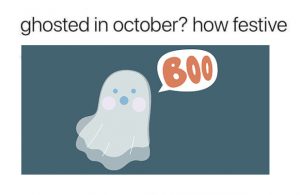 It actually was October when this happened.

During this whole debacle I switched to my sister’s old iPhone 3 and to this day, the default notification sound makes me feel sick. (It was this situation coupled with another situation where my roommate’s husband went fucking insane and left like 53 increasingly threatening messages on my phone one night.) 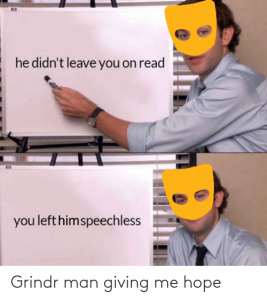 Fun fact, did you know Grindr was actually the first app of its kind?
Launched in 2009, it pre-dated Tinder launched in 2012.

But anyway, to make a weird story short, this dude ghosted me and started seeing another girl. He then started trying to talk to me again but I ended up messaging her. And now we’re friends.
It was a whole thing.
Despite never having met in real life, we’ve seen each others kids grow up and are actually fairly close as far as internet friends go.
I guess that’s the power of social media?

Why am I so bad at replying?

Alright, alright, you get it.
I got ghosted by a dude and it was traumatizing.

So why do I insist on basically doing the same thing now to everyone who messages me?

Well, it’s literally not you, it’s me.

I think I’ve written before about how avoidance behavior is my main anxiety symptom. 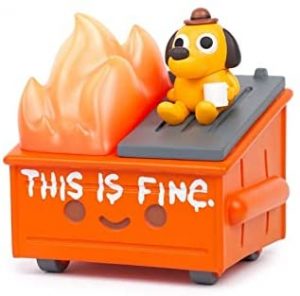 I literally live my life like that “This is fine.” dog all the time.

Constantly overwhelmed until my mom override kicks in. 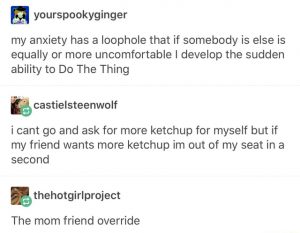 All of the anxiety that goes along with phone calls and face-to-face conversations is significantly amplified in private messaging.

Remember back when we used to say PM not DM? *

The blanket term across chat rooms and early social sites like MySpace used to be IM (instant message). PM entered the vernacular around 2003, and it was embraced by Yahoo, Facebook, and Reddit. And then DM appeared on the scene around 2013 with Twitter, Snapchat, Discord, Slack, and Instagram using the language instead of PM. It may have gotten a further boost as the phrase “slide into my DMs,” which emerged around late 2013 and initially connoted flirting and inappropriate requests.

I find that the uncertainty of a conversation increases with the length of time a person is allowed to think and reply.

I used to like texting a lot better back when it was normal to take a few hours before receiving a reply. But now the expectation of an instant reply adds to my anxiety and makes me avoid it entirely.

“But there is also an understanding that you don’t have to reply to any message you receive immediately. As much as these communication tools are designed to be instant, they are also easily ignored. And ignore them we do. Texts go unanswered for hours or days, emails sit in inboxes for so long that “Sorry for the delayed response” has gone from earnest apology to punch line.”

My fear of leaving someone on “Read” literally makes me do exactly that.

Basically, despite having gotten a lot better as I’ve gotten older, my anxiety still has a stranglehold on my ability to communicate.

Maybe one of these days I’ll be brave and enable comments on this blog.

Until then, you guys can keep messaging the FB page and I’ll try to reply… maybe. 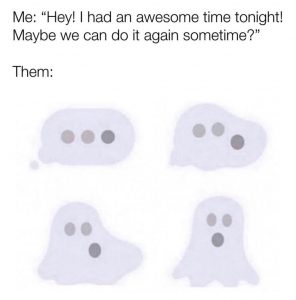 I guess I’ll go wrangle all my DMs now.